August’s Jewel of the Month from Bentley & Skinner, jewellers by Royal Appointment to Her Majesty the Queen and His Royal Highness the Prince of Wales. Each month the respected Bentley & Skinner team select a much loved piece to spotlight.

This is an Egyptian Jewel revival commissioned by Prince of Wales from Robert Phillips as a gift for his bride Princess Alexandra of Denmark.

AN ARCHAEOLOGICAL REVIVAL GOLD AND ENAMEL BROOCH-PENDANT
BY ROBERT PHILLIPS

The brooch-pendant set to the centre with a raised scarab rendered in scarlet guilloché enamel with black enamel spot and stripe detail, between a pair of finely modelled rearing gold cobras with black enamel decoration, suspended from a detachable gold and black enamel coiled cobra suspensory loop, measurements 6.4cm x 3.4cm, circa 1865, London £29,500 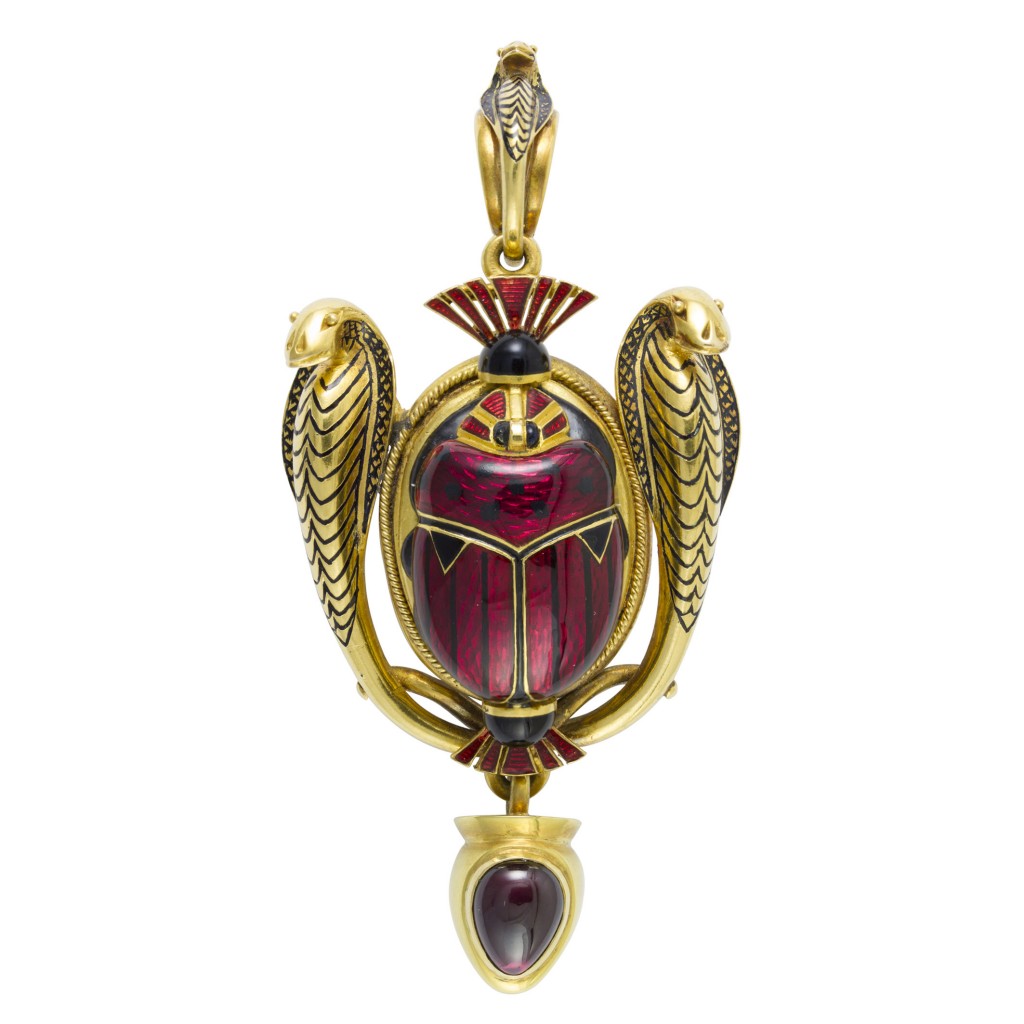 The Prince of Wales’ gift to Princess Alexandra

In mid 19th century Britain, interest in Egyptian artefacts was considerable. Excavations in Egypt in the 1860s and the building of the Suez Canal (1854-69) first brought the treasures of the ancient civilisation to European public attention. Amuletic devices form the principal decoration in Egyptian jewellery, where each has a magical or religious significance. The scarab beetle, usually carved in stone, refers to the sun and creation, while the cobra, often shown in a rearing attack position, symbolises the protection of kings. The Thebes Jewels, discovered in 1859 by Auguste Mariette, were exhibited in London in 1863 and contemporary accounts in The Times describe the extraordinary array of jewels and record the public amazement at the spectacle.

The exhibition coincided with a trip made by the Prince of Wales to Egypt, which culminated in a tour up the Nile to Thebes. Upon his return to London the Prince commissioned a suite of jewellery from Robert Phillips replicating the scarab jewels he had seen at Thebes. The parure was a gift for his bride, Princess Alexandra of Denmark and on the marble bust sculpted by Mary Thornycroft in 1863 to celebrate the marriage, she wears one of the brooches, the only ornament which the Princess permitted to be shown. The Princess allowed Phillips to make further copies of the “Thebes” brooch between about 1863 and 1870, of which this fine version is one example. 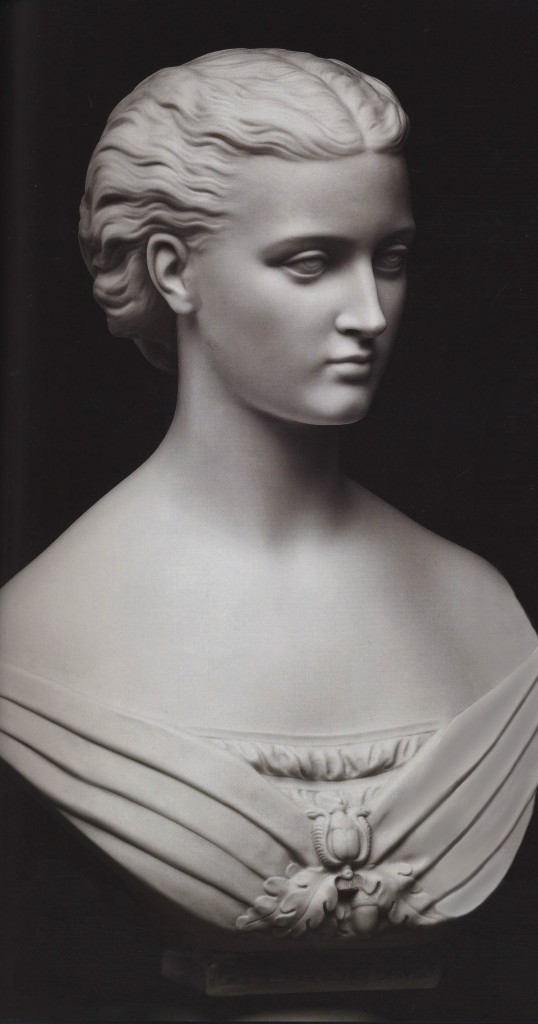