Newfoundland is an exhibition of work by contemporary jeweller Romilly Saumarez Smith and artist Verdi Yahooda. Each of the 70+ pieces in the exhibition are unique and have at their core Roman, Anglo-Saxon or Mediaeval metalwork, dropped or discarded hundreds of years ago.

In 2011, Romilly became fascinated by the amazing availability of these antique objects, which she discovered on eBay – the finds of metal detectorists who scour the countryside in search of lost treasure. She quickly recognised the inherent beauty of buttons, pins, thimbles and metal buckles which arrived in the post, tightly wrapped. Originally these objects were everyday domestic things, but lost in the ground and buried in time they have become particular and special.

A small belt buckle becomes a delicate ring; what had been a metal garment pin turns into an elegant brooch; an old spoon is reawakened with the addition of silver granulation along its handle.

Combined with tiny pearls, gold and diamonds the antique is embedded, fused, sewn and riveted to the new to create tiny fanciful landscapes, both rich and strange. Romilly draws out the inherent characteristic of the pieces and gives them a resonance well beyond their function.

After a successful career as a bookbinder, Romilly started making jewellery in 1998. Now physically unable to make the jewellery herself, her ideas and designs are translated into being by three jewellers: Lucie Gledhill, Anna Wales and Laura Ngyou.

In October 2014 the Newfoundland jewels were shown alongside ceramics by Edmund de Waal in a private exhibition at his studio. In 2004 Romilly showed both book bindings and jewellery in a solo exhibition at the Yale Centre for British Art but, apart from a ring in the Victoria and Albert Museum jewellery collection, this is the first time that her jewellery will be seen in a major public museum in this country. 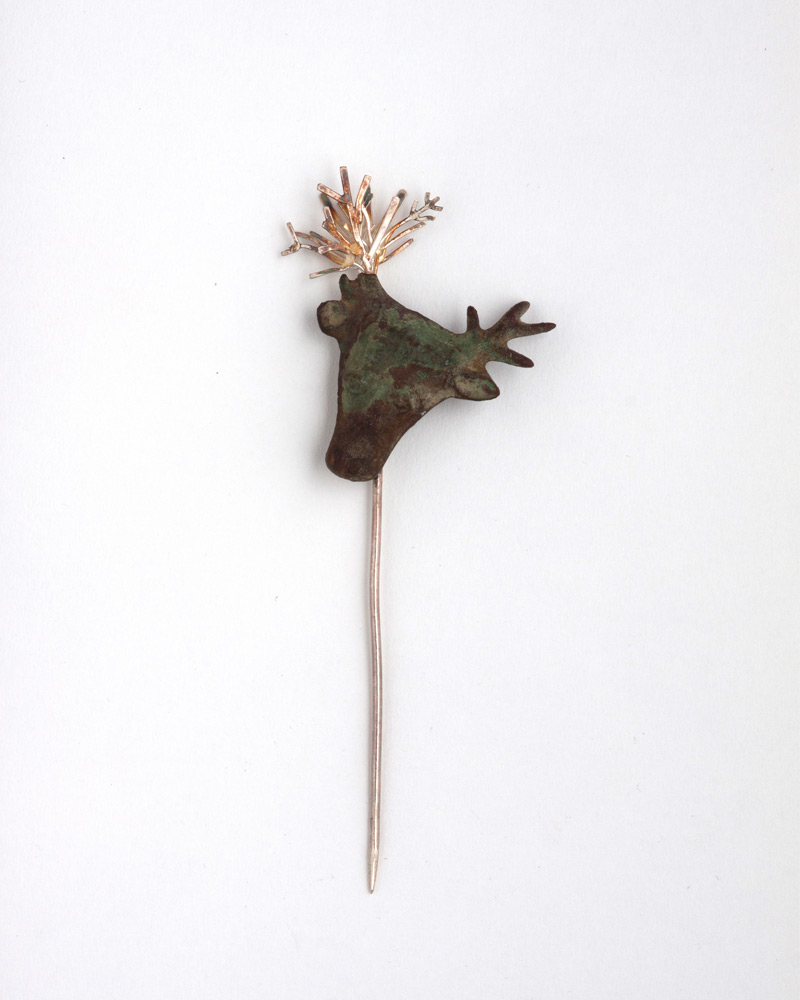 As part of the Newfoundland exhibition, photographer Verdi Yahooda has made some exceptional photographic prints of the original metal finds. She is a long standing friend and artistic collaborator of Romilly’s.Ghislaine Wood, deputy director of the Sainsbury Centre for visual arts said: “we are delighted to be showcasing this remarkable body of work by Romilly Saumarez Smith. It resonates well with the whole ethos and raison d’être of the Sainsbury Centre.”