Chiswick Auctions broke a house record this week for the top price achieved for a jewellery lot. The remarkable 6.51 carat Burmese ruby (Lot 192) sold for an impressive £147,600 (including premium*) in the 12th of September Jewellery auction. 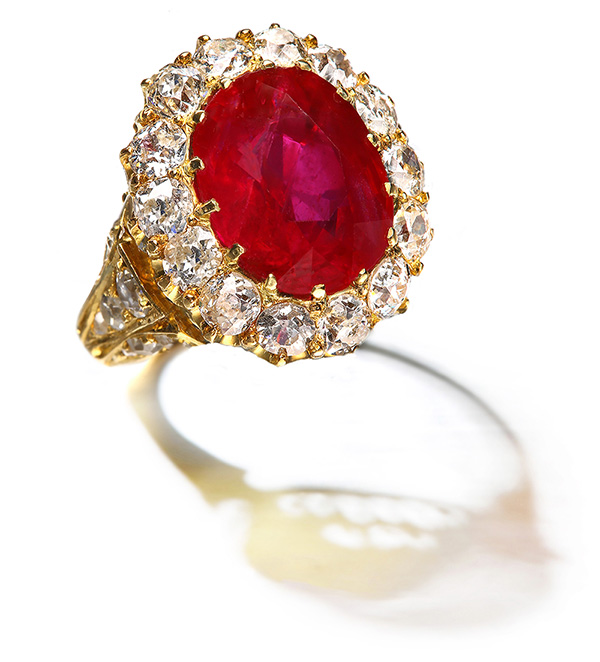 In Sanskrit, the word for ruby is “ratnaraj” or ‘king of precious stones’ and that certainly proved to be the case.

The ring has royal provenance having been a gift from a member of an Asian royal family.

After six days of viewing, including at Chiswick Auctions’ new South Kensington branch, the Chiswick saleroom was a flurry of activity on the day with a large number of bidders in the room and a very busy telephone desk fielding bids from all over the world.

After fourteen telephone lines finished competing for the large ruby ring, the hammer fell at £120,000 to an anonymous buyer amongst a round of applause from the saleroom.

“The moment we saw the ring I knew that this was something of exceptional quality and importance. The vendor worked with us closely to market the ruby in a way which maximised appeal and resulted in widespread international exposure.” says Sarah Duncan, Head of Jewellery.

The 6.51 carat Burmese ruby and diamond cluster ring was accompanied by two reports, both confirming the origin of the stone from Burma and the fact that it had not been heat treated.

Competitive bidding was also seen on desirable signed lots with pieces by Cartier, Buccellati, Piaget and Van Cleef & Arpels all achieving strong results. A 1970’s tiger’s eye wristwatch by Piaget sold for £7,995 against a pre-sale auction estimate of £800-1200 and a highly sought-after ‘Magic Alhambra’ necklace by Van Cleef & Arpels achieved £12,915 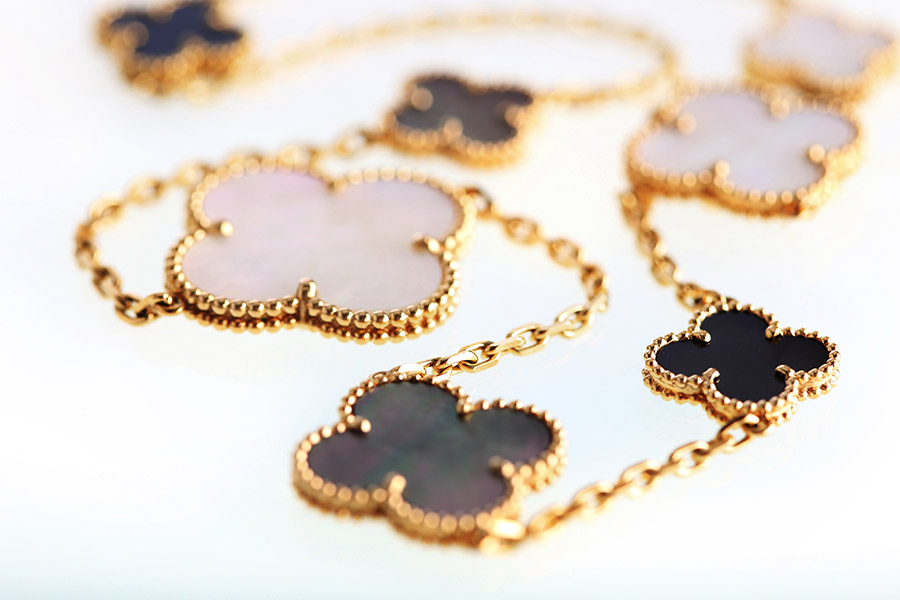 Antique jewellery, which has long been a staple of the auction market, proved exceptionally strong for rare pieces. A 4.32 carat old brilliant-cut diamond ring achieved £14,760 and a Georgian garnet earring and pendant suite sold for £2,706.

“The market for good quality signed and antique jewellery is becoming increasingly competitive and
buyers are prepared to pay well for these rare items.” says Duncan.

The next specialist Jewellery auction will take place on the 21st of November. Entries are now invited. A dedicated Jewellery and Watches valuation day will be held at C.A.’s South Kensington branch. Date: Thursday, 28 September | Time: 10am – 4pm | Location: 127 Fulham Road, SW3 6RT

Previous ArticleA recipe of love like no other
Next Article A £50,000 house record for Rolex Submariner at Chiswick Auctions