Meghan Markle sent the ring back to her ex, but what would YOU do?

Research has revealed that 42% of brutal Brits wouldn’t hesitate to put their ring on eBay following a separation/divorce. Following news that Meghan Markle posted her engagement ring back to her ex, F.Hinds decided to conduct research into what exactly the British public decided to do with unwanted engagement rings.

A whopping 5885 used engagement rings are currently for sale on eBay, but selling it off isn’t the only route Brits opt for. 36% would keep it as a memento, 15% of people said they would destroy the ring, and 7% of frugal Brits would re-use the ring on their next partner. 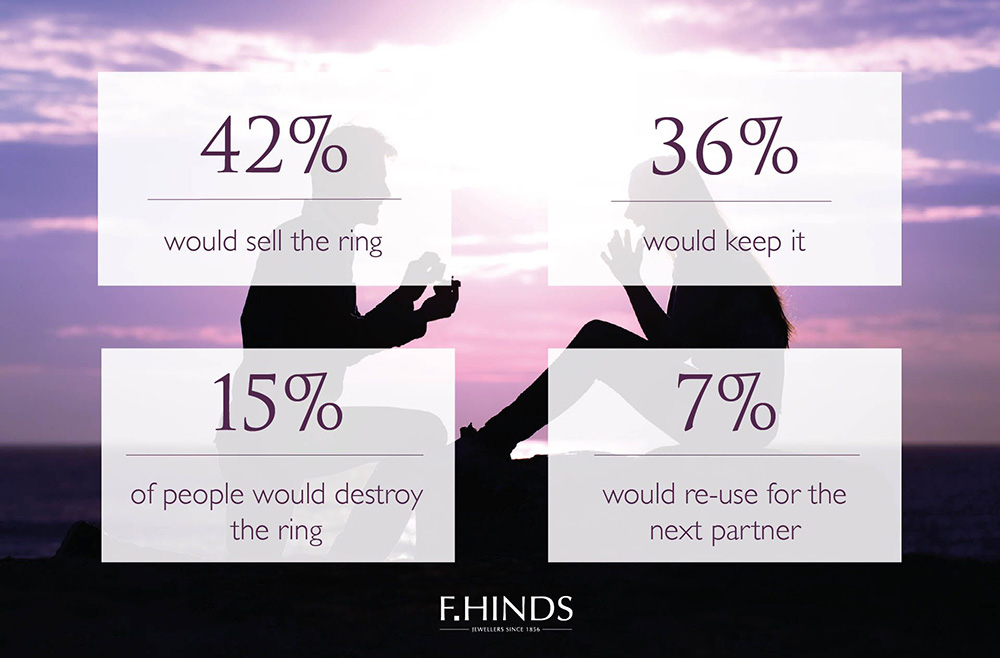 The research also highlighted some unfortunate anecdotes around the topic, including the 6 below:

“My ex cheated on me, he asked for the ring back, I decided it would look better at the bottom of the River Mersey.”

“Was engaged a while ago, I sold it back to the jewellers. Got about 40% of the amount I paid. My current wife and I made our own rings, and she got a puppy instead of an engagement ring.”

“I gave them to my son. Even though the divorce was vile. I wanted to remind him that he was made with love. I then used the money from selling them to treat myself to something I wasn’t allowed. (I sold them the day after I filed for divorce)”

“My ex fiancée and I ended on very bad terms. She gave me the ring back, so I decided to use it for my now fiancée. Hoping she never finds out!”

“I sold the ring then used the money to go on holiday (where I met my now husband), so a huge thanks to my ex!”

“I was engaged three times before I met my current husband, and I kept every ring from all of the engagements – I now have three daughters, so inheritance-wise it has worked out well!”

Pre-break up, when it came to honesty, on average 50% of Brits said they would tell their partner if they hated the ring. Mancunians were the most brutal among Brits, with almost three quarters (71%) confessing to a partner if they didn’t like the ring from their other half, despite the value or sentimental elements. Other areas of the country that appeared high in their honesty approaches were Glasgow (68%), Liverpool (67%), and Cardiff and Bristol (both 63%). 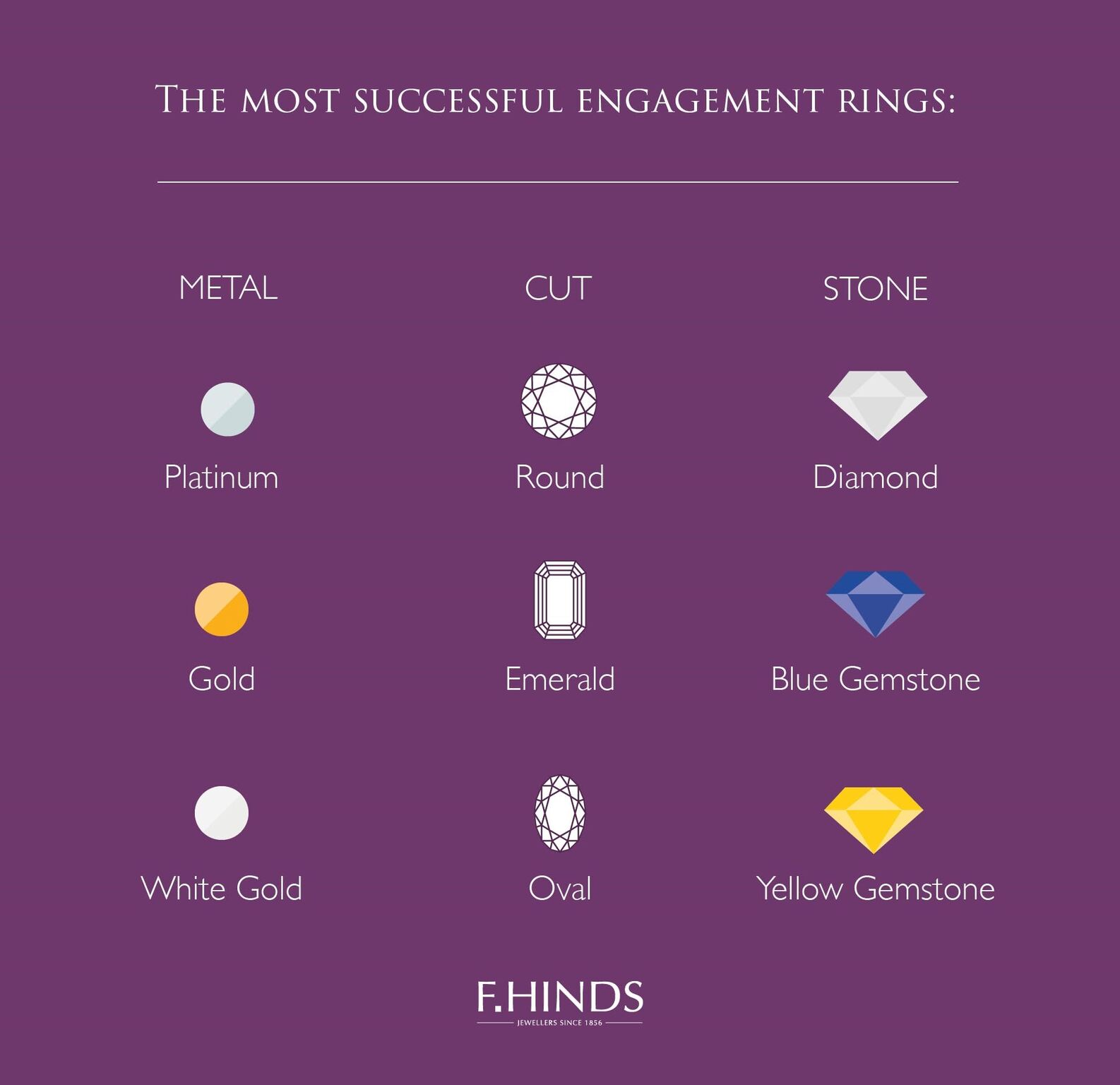 “Last year we saw divorce rates in the UK rising for the first time this decade, which got us thinking about the specific reasons behind a separation. Obviously we don’t want to put this entirely down to the ring type! But we wanted to conduct the experiment to see if there was any correlation between the chosen ring type, and the duration of the marriage.

The most successful ring to come out of the research was based on a number of different successful and well-documented relationships including those of the Obama’s, Sarah Jessica Parker and Cindy Crawford.

Whilst picking out the ring for your future partner should be done on taste and preference, we definitely think that picking out one of these rings will help impact a successful marriage”

Established in 1856, our independent, family-owned and run business celebrated 160 years in 2016.

With roughly 1,000 members of staff across all branches and Head Office, our large business offers a comprehensive, award-winning training program within a unique working atmosphere. We offer the opportunity for staff to gain nationally recognised jewellery qualifications and are very proud to have been voted Family Business of the Year in 2014.

Gold versus Silver over the Years

Lab Grown vs Real? Should I propose with a lab grown diamond ring?

How To Choose The Perfect Ring That She Will Love