Researchers based at Yanshan University have made the strongest synthetic diamond in history. The new diamond has under went a number of tests to prove it out performs other synthetic and natural diamonds.

The results: Published by Nature:

(1) According to the Hall−Petch effect the hardness of diamond can be enhanced by nanostructuring (by means of nanograined and nanotwinned microstructures).
(2) The grain sizes are technically limited to 10−30 nm with degraded thermal stability compared with that of a natural diamond.
(3) Recent success in synthesizing nanotwinned cubic boron nitride (nt-cBN) with a twin thickness down to ~3.8 nm makes it feasible to simultaneously achieve smaller nanosize, ultrahardness and superior thermal stability.
(4) Nanotwinned diamond (nt-diamond) has not been fabricated successfully through direct conversions of various carbon precursors (such as graphite, amorphous carbon, glassy carbon and C60).
(5) The pure synthetic bulk nt-diamond material shows unprecedented hardness and thermal stability, with Vickers hardness up to ~200 GPa and an in-air oxidization temperature more than 200 °C higher than that of natural diamond.
(6) The creation of nanotwinned microstructures offers a general pathway for manufacturing new advanced carbon-based materials with exceptional thermal stability and mechanical properties.

Researchers are now turning to synthetic diamonds in order to overcome many of the problems caused by natural diamonds. Furthermore, natural diamonds produce single crystals that tend to wear unevenly, even though the characteristics of the compressed material is very strong it’s always wise to look for an alternative.

“The smaller the grain, the harder the diamond.”

Synthetic diamonds can made as a single crystal or as a polycrystalline or even a nanocrystalline material. Polycrystalline diamond (PCD) is formed from tiny grains of diamond, as small as tens of nanometers in diameter, which have been fused together under high-pressure and high-temperature conditions.

So how did they develop the the strongest diamond in the world?

Researchers arranged carbon nanoparticles in layers and subjected them to high pressures and temperatures. The particles were arranged in pairs and 5 nanometers in size. The resulting “nanotwinned” diamond demonstrated remarkable thermal stability and hardness.

The researchers then applied huge amounts of pressure to the diamond and found it was able to endure up to 200 gigapascals, which is around 1.9 million atmospheres. This test showed it is twice as strong as a natural diamond. 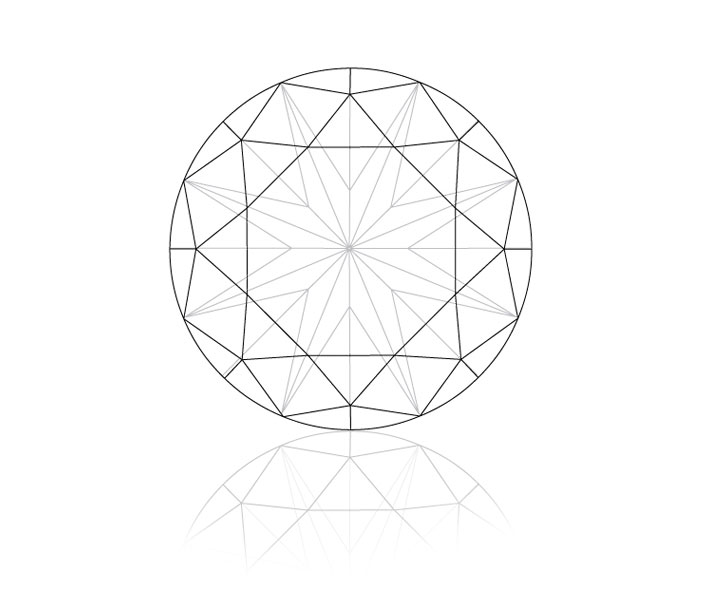 Anatomy of a diamond

After the pressure tests, researchers then went on to check out what type of temperature resistance they could contain before oxidization. The results showed the synthetic diamond started to oxidize at temperatures between 980-1,056oC (1,796-1,932oF), which is around 200oC higher than that of natural diamond.

These types results could pave the way in a new super high strength material that could benefit all different types of sectors in the engineering industry, space exploration, mining, energy production and much more.