Costume jewellery has been an integral part of characterisation throughout film history, as they are invaluable, meaningful, and glamorous all at the same time. Although there are many iconic movies, there are a few in which the jewellery is almost a headliner in its own right. Grab your popcorn as we round up our top 8 iconic pieces of jewellery that were showcased on the silver screen.

The opening scene of 1961’s Breakfast at Tiffany’s is one of the most memorable character introductions in history. A stunning Audrey Hepburn stood in front of a Tiffany & Co. storefront eating a Danish in her little black dress, multi-strand pearl necklace, and diamond hair ornament. The Hollywood Reporter notes that it has also made Audrey Hepburn a timeless Hollywood fashion icon, introducing a new wave of style that reverberates to this day and cementing Hepburn’s place as one of the defining actresses of that era.

Marilyn Monroe stars as a diamond-digger in the 1953 classic Gentlemen Prefer Blondes. Her character’s ode to the decade’s materialism, a dazzling stage performance of “Diamonds Are a Girl’s Best Friend,” is arguably her most iconic cinematic moment in a career stacked with many. In it, she is bedecked with diamonds from the neck down, the most infamous of which is the 24.04 carat ‘Moon of Baroda’. Before gracing Monroe’s neck, the diamond was once worn by Marie Antoinette and Maria Theresa of Austria.

Heart of the Ocean thrown off the Titanic

Perhaps the only thing more breathtaking than the ‘Heart of the Ocean’ was the scene where Rose throws it overboard in Titanic (1997). The piece is a blue, heart-shaped diamond necklace given to Rose by her then-fiancé aboard the ill-fated cruise ship. In the movie, the necklace was said to have once belonged to Louis XVI.

In real life, though, it was only part of the props created for the film’s use but was since recreated after the film’s release and phenomenal success. Since the film’s debut, the iconic necklace has appeared as an irreplaceable icon in various mediums and recreated time and again. The Titanic game on Foxy Bingo shows an image of Rose as she wears the infamous necklace and matching hair pieces. She is put front and centre along with Jack for players to relive the riveting tale of the couple’s love and loss. On top of the necklace’s immortalisation in print and on screen, the Heart of the Ocean was also made into a real piece with a 170 carat Ceylon sapphire and 103 diamonds. It was auctioned for $1.4 million (£1.03 million).

Nicole Kidman’s elusive Satine in Moulin Rouge (2001) declares, “I prefer a man who lives and gives expensive jewels.” A man like that does come into her life, as well as a custom-made necklace comprised of 1,308 diamonds by Australian jeweller Stefano Canturi. In contrast to Rose’s Heart of the Ocean, Satine’s necklace was a real piece of jewellery right from the start, and it’s known as one of the most expensive of its kind.

“A woman in love wants diamonds,” says another film protagonist, Ben Barry (Matthew McConaughey) in How to Lose a Guy in 10 Days (2003). The jewellery in question – a stunning yellow diamond Isadora necklace – was designed specifically for Kate Hudson in the film and is worth $5.3 million (£3.9 million). The necklace, which was designed by Harry Winston, is considered one of the most expensive pieces of jewellery ever commissioned for a movie. 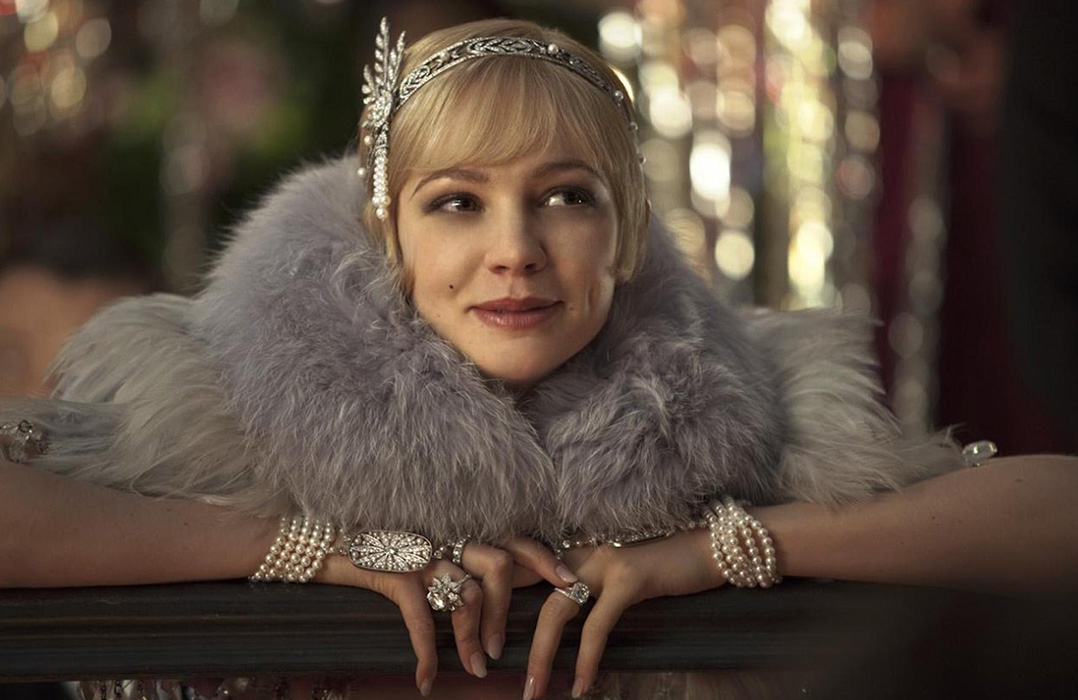 2013’s The Great Gatsby was a visual celebration of extravagance, winning Academy Awards in both production and costume design. Some of the most eye-catching visual elements of the film were the lavish Art Deco diamond and pearl jewellery worn by Daisy Buchanan (Carey Mulligan), which were particularly definitive of the time period. As it turns out, the pieces were created by none other than Tiffany & Co. The intricate Great Gatsby Collection was both inspired by and appeared in the Baz Luhrmann film, and can make any woman feel like attending a 1920’s ball. 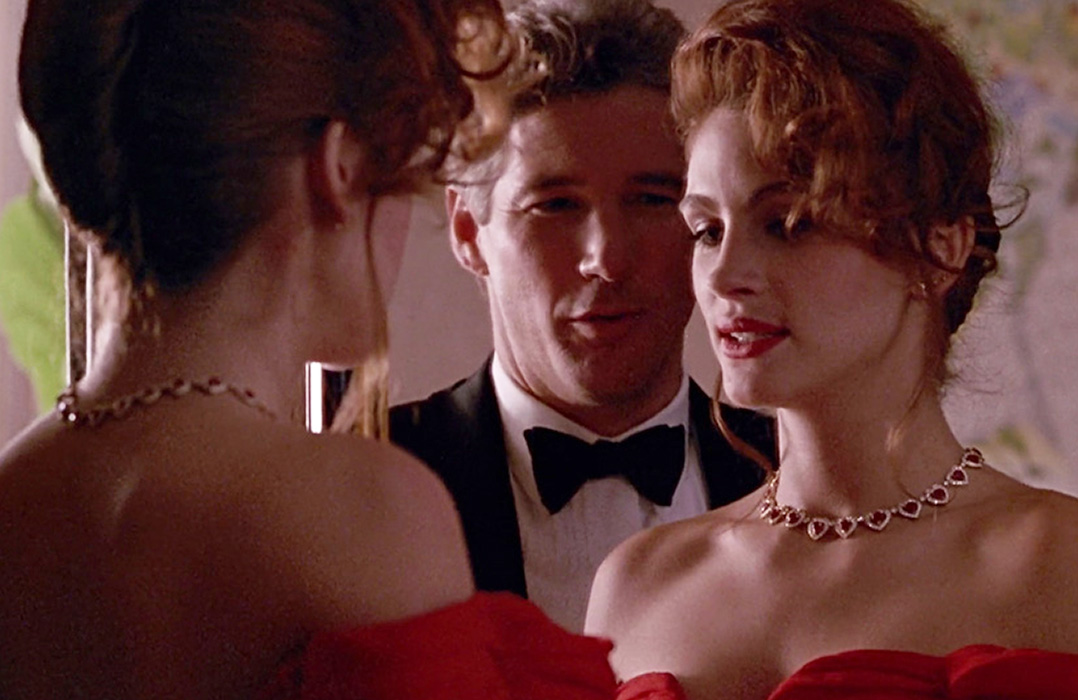 One of the most memorable scenes in Pretty Woman (1990) wasn’t actually in the script. When Edward (Richard Gere) presents a ruby and diamond wreath necklace to Vivian(Julia Roberts) and snaps it shut, the resulting laugh and electric chemistry was both exciting and natural. The custom-designed piece, which boasts 23 pear-cut rubies in the centre of diamond hearts, is worth an estimated $1.35 million (£1 million), and was guarded by an armed security officer during filming.

Although considerably less iconic and critically acclaimed than other films on this list, Sex and the City 2 (2010) has a hidden gem – literally. When Mr. Big (Chris Noth) gives Carrie (Sarah Jessica Parker) a 5 carat black diamond engagement ring, he explains that the choice was because his lover was unlike anyone else. Designed by Itay Malkin, the ring is bold, unexpected, and reminded us at Jewellery Monthly how unconventional proposals are sometimes the most romantic. The Malkin design is set in 18 karat white gold band and 80 pavé white diamonds.

Do you have any cinematic jewellery favourites? Share them through your comments!